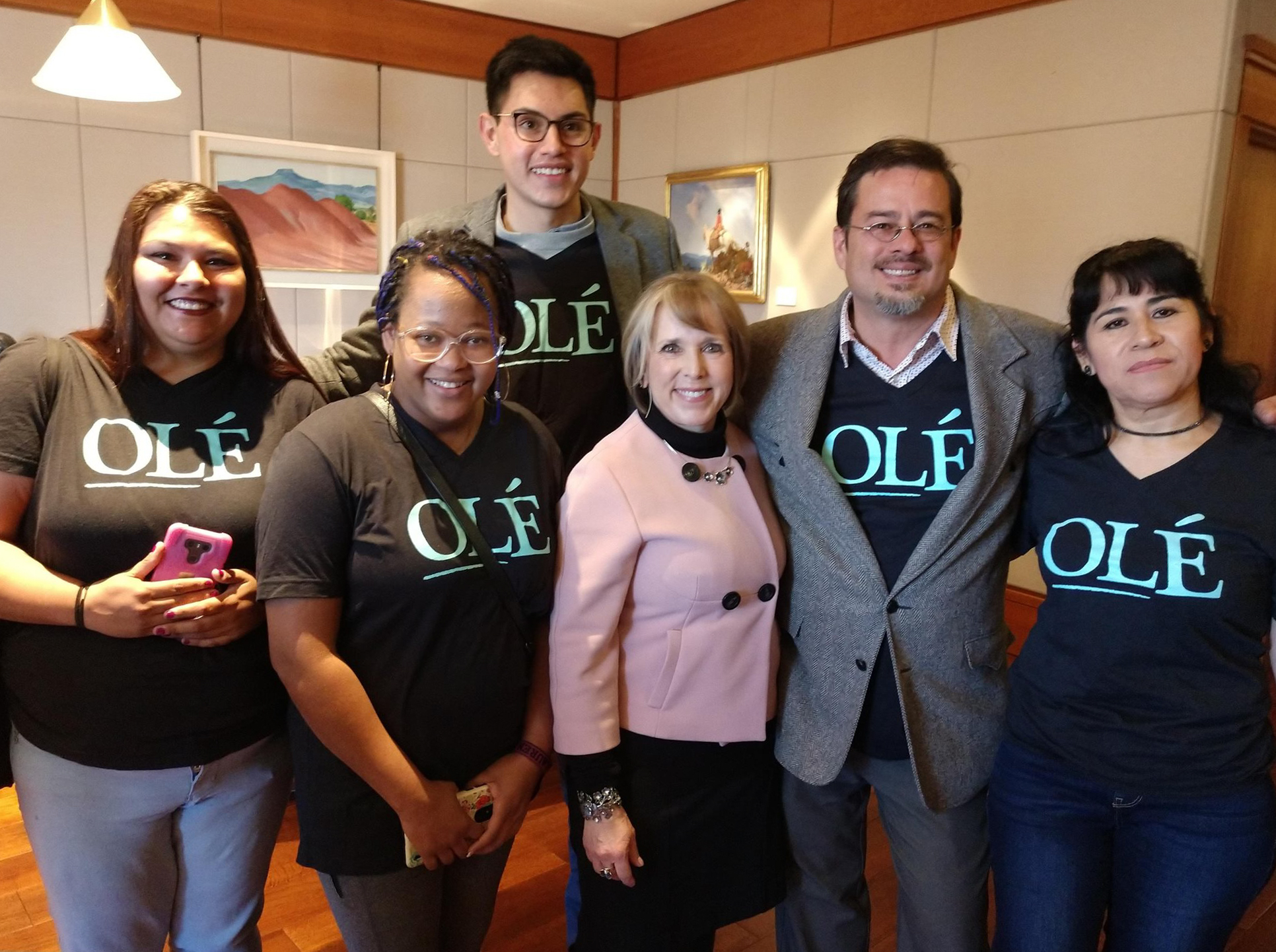 Centering communities of color in democracy reform is a way in which OLÉ is working toward creating a truly inclusive democracy. Policy change, electing leaders who represent our communities and taking big money out of politics are ways in which communities become engaged in the political process at every level. In an era where voting rights are being stripped away and voter turnout among people of color is alarmingly low, OLÉ engages members, community and ally organizations in order to create independent political power rooted in racial, gender and economic justice. OLÉ also engages with policy makers, testifying at the state legislature, city council and county commission.  Rather than view civic engagement as a spectator sport, members play a vital role in creating a local government that serves the community rather than allowing big money to shape policy.

Register to vote in New Mexico